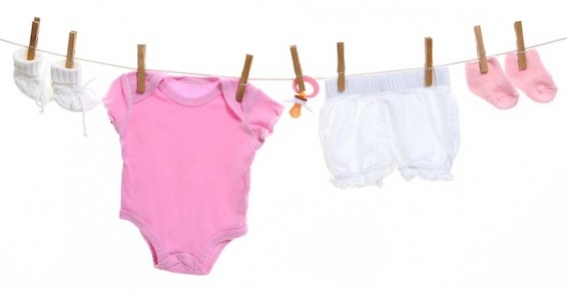 At Sprout, people ask us all the time how much the clothing their kid wears really matters. We have always believed it was important for developing children, especially newborns with porous skin, to be exposed to as few chemicals as possible. For us, that meant surrounding babies with mostly organic cotton. However, when friends would ask me, “I can bring Hannah something from Disneyworld, right? Even though it’s not organic?” I would say, “Of course.” Recently, though, we read about all of the other chemicals, besides pesticides, that are found on printed children’s garments, and now I am not so sure.

Our friends at a wonderful textile company O eco textiles published a blog post about a study Greenpeace did on Disney licensed garments with printed designs from around the world. Here are some experts from their blog:

Greenpeace – as part of their campaign to show how dangerous chemicals are out of control, turning up in house dust, in household products, food, rain water, in our clothes… and ultimately in our bodies – decided to test Disney’s childrenswear for the presence of toxic chemicals.

Disney garments, including T-shirts, pajamas and underwear, were bought in retail outlets in 19 different countries around the world and  analyzed by the independent laboratory Eurofins, an international group of companies who provide testing, certification and consulting on the quality and safety of products. This group is also one of the largest scientific testing laboratories in the world.

Greenpeace asked Eurofins to test the Disney childrenswear for:

This is what they found:

One sample stands out: a German Winnie the Pooh PVC raincoat. This contained an astounding 320,000 mg/kg of total phthalates, or 32% by weight of the raincoat! This raincoat also contained 1,129 micrograms/kg of organotins.

You can see the Greenpeace study here. Make sure to check out Sprout’s selection of organic cotton clothing on our website and check back often as we are constantly adding new styles.