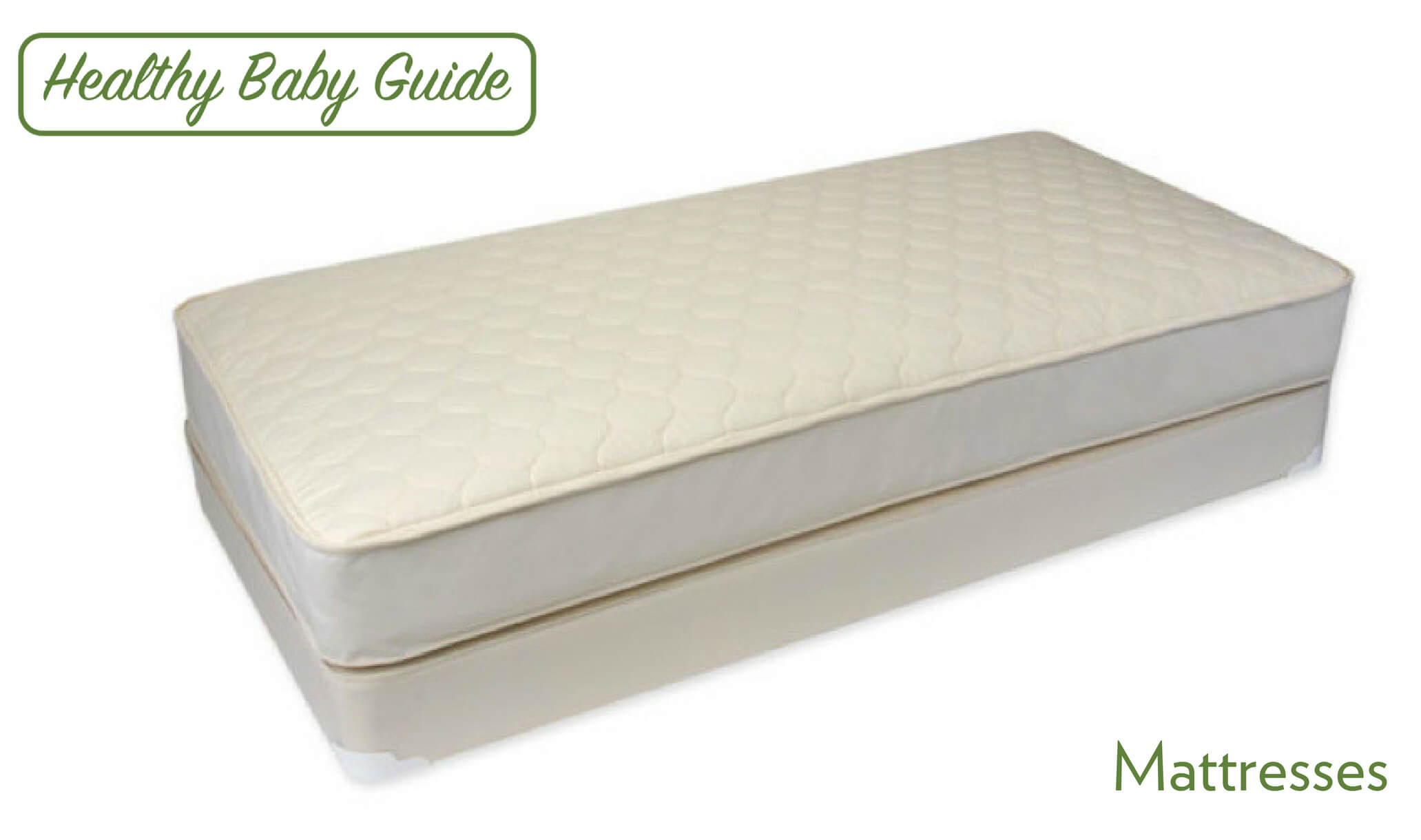 Why You Should Choose an Organic Crib Mattress

Babies spend up to 16 hours a day in their cribs, so your baby’s crib should be a cozy, comforting place to rest. Mattresses made of organic materials are best because they are free of harsh (and harmful) chemicals that can be inhaled by your baby’s developing lungs.

What You Should Know:

Manufacturers lack standards for disclosure of materials, so you should carefully consider the mattress you place in your baby’s crib. Traditional mattresses can release Volatile Organic Compounds (VOCs) and many have flame retardant chemicals that can be inhaled by your baby’s lungs. Mattresses made of organic materials are clear of these chemicals and can also be free of allergens such as latex and wool. As of July 2017, a new law is being proposed that would ban flame-retardant chemicals from furniture and children’s products.

What is in a Typical (Non-Organic) Mattress?

Don’t I need those flame retardant chemicals to keep my baby safe?

A law was created in 1973 requiring that mattresses meet requirements for cigarette-ignition resistance. Many people were starting fires by smoking in their beds, a problem that should not be faced by your baby.

In addition, most organic mattresses include a layer of naturally flame retardant material, rendering the use of chemicals unnecessary.

What about mattress pads? Don’t they protect my baby?

Mattresses ‘breathe’ so covering them with a pad will not prevent your baby from being exposed to the chemicals. In order to make them waterproof, many mattress pads come with a vinyl cover made of PVC and added phthalates for flexibility. Instead, look for an all natural organic crib mattress and pad. Some use polyethylene to make them waterproof, one of the most non-toxic and environmentally friendly plastics out there.

Why are organic mattresses more expensive?

Polyurethane foam and polyester are both made of petrochemicals that emit toxic fumes, which can cause allergies as well as immune and reproductive problems. These chemicals are cheap to work with, which is why non-organic mattresses are so much cheaper.

I sleep on a traditional mattress and am fine, why does my baby need an organic one?

The same amounts of chemicals have a greater effect on an infant’s small lungs than on our own. According to an Environmental Working Group study, in 19 of 20 families the concentrations of PBDE flame retardant chemicals were significantly higher in 1.5- to 4-year-old children than their mothers.6

I have an old crib mattress I want to reuse. Should I invest in a new one?

Polyurethane foam disintegrates over time, releasing tiny particles that can cause upper respiratory problems. The longer you hold on to the mattress, the more the foam breaks down and releases VOCs. As of February 10, 2009, the Consumer Product Safety Improvement Act has banned three kinds of phthalates for use in children’s mattresses. If you purchased your mattress before this time it most likely was not up to the latest standards and it should be replaced.