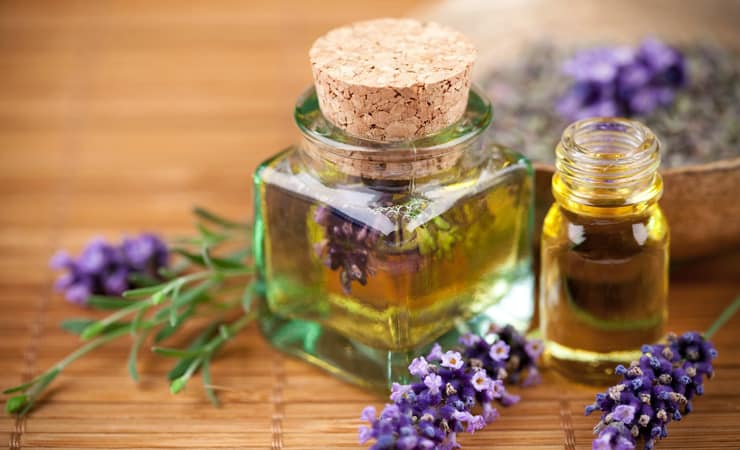 Lavender and tea tree oils are part of the essential oils trend that has become popular in the United States. They are commonly used for medical treatments, personal hygiene products, cleaning products, and aromatherapy.

We have previously questioned whether the use of lavender and tea tree oil around our children is safe (read our blog The Question of Lavender for more on this). Both oils are believed to be estrogen mimics that can disrupt the body’s hormones. This is based on a number of cases of abnormal breast growth in young boys, a condition called male gynecomastia that is normally very rare. These cases were reported to coincide with topical exposure to lavender and tea tree oil. In these cases, the condition went away after the boys stopped using the oil-containing products.

Researchers at the National Institute of Environmental Health Sciences (NIEHS) examined the suspected link between regular exposure to lavender oil or tea tree oil and abnormal breast growth in young boys. The report found that key chemicals in these plant-derived oils act as endocrine-disrupting chemicals. This is the second scientific study to report these findings. (Our post The Question of Lavender examined the first.)

Researchers at NIEHS found laboratory evidence that lavender and tea tree oils have estrogenic (estrogen-like) properties and anti-androgenic (testosterone inhibiting-like) activities. This means that they do in fact disrupt the hormones that control male characteristics, which could affect puberty and growth.

To thoroughly investigate this phenomenon, the NIEHS team selected eight components that are included in the oils. Four of the tested chemicals appear in both oils: eucalyptol, 4-terpineol, dipentene/limonene and alpha-terpineol. Using an in vitro, or test tube, technique, the researchers applied these chemicals to human cancer cells to measure changes of estrogen and androgen genes.

All eight chemicals demonstrated varying estrogenic and/or anti-androgenic properties. These changes were said to be consistent with endogenous, or bodily, hormonal conditions that stimulate gynecomastia in prepubescent boys. Many of the chemicals they tested also appeared in at least 65 other essential oils, raising new concerns about the use of any essential oils, especially around children.

The question of lavender and tea tree oils is really becoming less of a question and more of a fact that they pose potential environmental health concerns. At Sprout, we have worked to eliminate lavender and tea tree oils from the personal care and cleaning products that we carry, especially those meant for use on young children. Make sure you know the ingredients in your child’s personal care.