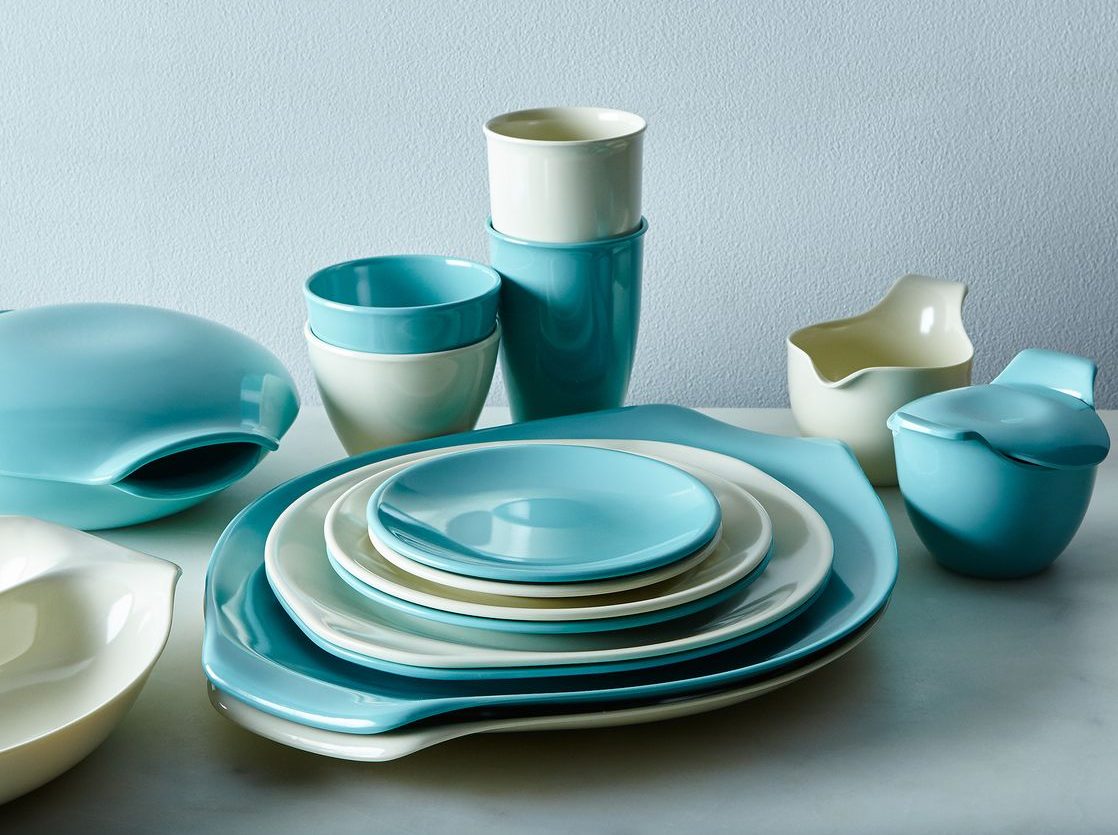 Melamine is a chemical used in the production of plastics. It can be found in a variety of consumer products including furniture, food utensils, and tableware. While the chemical initially gained criticism over effects on kidney function, new research brings to light concerns over the melamine chemical as an endocrine-disruptor.

This leads us to the question, is the tableware we are serving our children’s meals on safe?

Melamine first became well known and infamous in 2008 when a national food safety incident from China was made public. Kidney and urinary tract effects such as kidney stones, affected approximately 300,000 Chinese infants and young children. There were also six reported deaths. It was discovered that melamine had been deliberately added to diluted raw milk at milk-collecting stations to secretly boost its protein content. As a result, melamine was detected in several milk and milk-containing products in China and in exports delivered to other countries. This remains one of the largest deliberate food contamination incidents. As a result, several reviews were performed on the impacts of melamine exposure on kidney function.

Now a growing number of studies are suggesting that melamine may have impacts beyond renal dysfunction.

Melamine as an Endocrine Disruptor

The Endocrine Disruption Exchange completed a scoping review and found that melamine may be an endocrine disruptor and that exposure can contribute to health effects including neurological and reproductive impacts.

In a study conducted in 2016, researchers orally administered different levels of melamine to mice for 28 days. Melamine exposure decreased the levels of serum testosterone, which plays an important role in testicular development.

For another report from 2016, researchers orally administered melamine to mice for 28 days to examine the effects on female reproductive organs. Rats exposed to melamine or a melamine and cyanuric acid mixture were found to have reduced ovarian and uterine weights, shorter estrous cycles, reduced serum estrogen and progesterone levels, and even pathological changes in ovaries, compared to control rats.

Are My Family and I Being Exposed to Melamine?

Melamine is a main component in certain plastic tableware, including plates, bowls, and cups. Whether you are aware of it, you have likely seen and maybe even used melamine tableware.

Is Melamine Tableware Safe to Use?

Like many plastic tableware, it is not recommended to microwave food on melamine dishes (even if it is labeled microwave-safe). This is because of the potential for chemicals to leach into food.

Are There Better Alternatives?

Many types of bamboo, stainless steel, ceramic, and glass tableware are considered safer than melamine tableware. Melamine is also not recyclable, while many other eco-friendly kitchenware is and therefore better for the environment.

What do the Experts Say?

We reached out to a trusted expert, Dr. Philip Landrigan, Director of Global Health at Boston College and one of the country’s experts on pediatric environmental health, for his opinion on melamine:

“I don’t think the risk is large, but on the other hand why should people expose themselves and their families to melamine when there are so many excellent alternatives available.”

Are you looking for safe tableware for your children? Shop our feeding section today!

The Endocrine System & the Harms of Endocrine Disruptors