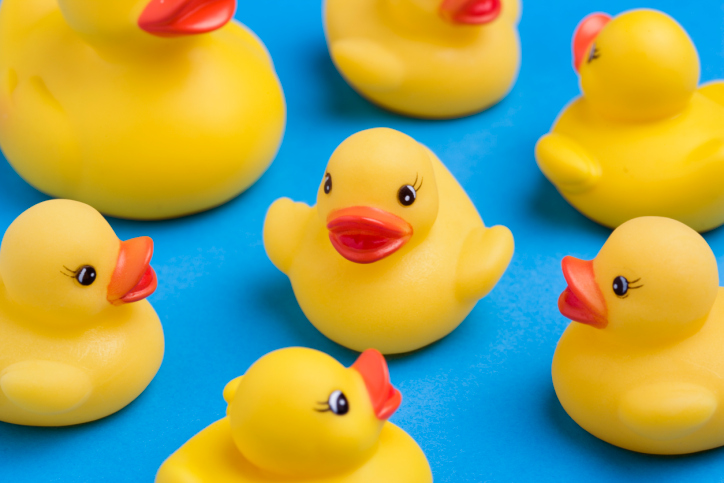 On April 25th, 2018, a new federal regulation went into effect banning phthalates in plastic toys. As this made almost no news, we wanted to explain it to you.

Phthalates are a class of chemicals used in many plastics. They are often used to make plastics soft, hence their use in many children’s toys. Phthalates have long been identified as endocrine disruptors, changing the reactions of hormones in the body and effecting development. Specifically, the most recent study found that phthalates produce a syndrome of abnormalities in male offspring when administered to pregnant rats during the later stages of pregnancy.

In 2009, the CPSIA (Consumer Products Safety Improvement Act), banned 3 specific phthalates for use in toys and in children’s products marketed to babies under 3 years old. Five additional phthalates were placed “under review” and nothing further was heard about them until recently. The original rule only temporarily banned 3 of these phthalates in toys that “can be placed in a child’s mouth.” Read the ruling on cpsc.gov.

After a lawsuit by a number of organizations including Breast Cancer Prevention Partners, the CPSC (Consumer Products Safety Commission) has finally ruled that the additional 5 phthalates cannot be included in products marketed for use by children and mandates testing of the products to ensure compliance. The new rule prohibits the sale of children’s toys and child care articles that contain concentrations of more than 0.1 percent of:
1. diisononyl phthalate (DINP)
2. diisobutyl phthalate (DIBP)
3. di-n-pentyl phthalate (DPENP)
4. di-n-hexyl phthalate (DHEXP)
5. dicyclohexyl phthalate (DCHP)

What this Means to You

This is wonderful news because, not only was the ban extended to 5 additional phthalates, it now covers all children’s toys, not just the ones that can be placed in a child’s mouth. Many people have not realized what that technicality means in practice. Up until now any toy made of squishy plastic that is not easily put inside a child’s mouth could still have contained the originally banned phthalates.

I don’t know about your kids, but mine managed to suck and chew on everything they could in those early days, not just toys that were meant to be sucked on. I remember receiving squishy, princess shaped bath toys as a gift when my daughter was 2. The packaging said 3+, but the gift giver said, “but it has no small parts.” I wonder if the 3+ was needed because the plastic had phthalates in it and the manufacturer did not want it to be considered a child care article for a child under 3.

The law did not then and still does not extend to clothing. Around that same time my daughter received a pair of jelly sandals, the kind I also wore as a kid. There was nothing stopping my two year old from sucking on her soft plastic sandals. When I noticed they smelled like PVC (that new shower curtain smell), meaning the plastic was likely softened with phthalates, those shoes had to go!

Notably, the “child care article” definition does not extend beyond the age of 3. This means that a product designed to “facilitate sleep or the feeding of children” OVER 3 does not need to eliminate the  otherwise banned phthalates. If the federal government recognized the danger of these chemicals enough to ban them, then why are they still allowed in so many products surrounding my children? Why can it still be in their clothing and backpacks and food containers?

What Can You Do?

Take a look around your house and note any soft plastic toys that aren’t meant to be sucked on or any child care articles for kids over 3. There is a good chance these have phthalates in them that are now banned under this new ruling. This is one area where Sprout’s advice may not be so “eco-friendly” because we believe it is better for you to throw away these plastics rather than to donate them to someone who may not know they contain harmful chemicals.

One other thing to note: no “phthalate alternatives” are banned at this time. Another plasticizer with equally harmful effects could already be used as replacement chemicals in children’s products today.

Overall, our advice is to avoid plastics when possible. Children are just has happy with wooden toys, and they will look nicer in your home as well!

Testing Our Daughters for Banned Phthalates

Throw Out Your Old Plastic Toys!