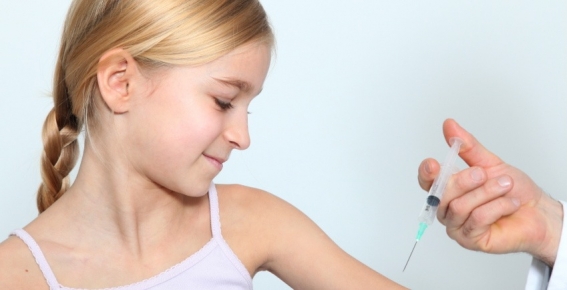 The below article was initially published on 5/13/11:

We recently had Dr. Steven Martel and Dr. David Wanderman of San Francisco’s Child’s Light Pediatrics visit Sprout and answer a few questions about vaccines. This is what we learned:

When did people begin to think vaccines are bad?

In the 1980s, Dr. Andrew Wakefield performed a “study” on less than 24 kids, by taking blood from different groups that included children at his child’s birthday party. From this study he determined that the MMR vaccine causes autism.

Was this theory valid?

After this study, both Japan stopped offering the MMR vaccine and England saw a dramatic decrease in vaccinations. In the subsequent years, the group of children who hadn’t received the vaccine saw rates of autism increasing at even higher rates than before. Many subsequent studies have shown that there is no evidence of a link between the MMR vaccine and autism.

What about mercury as a cause?

Many vaccines have had a small amount of mercury as a stabilizing agent. According to the Drs., there is less mercury in a dose of vaccine than in a typical ounce of fish. However, in the last 8 years, mercury has been taken out of all vaccines except those that come in multi-dose vials, and even in those you can request in a single dose version. In that time frame, autism rates have continued to increase at the same rates as before.

Why do people still think there is a connection?

One reason is that the age at which people start to notice the milestones that are lost in a case of autism is between 15 months and 2 years, around the time a child gets the MMR vaccine. In recent years, there have been studies in which home videos of children with and without autism, taken prior to the vaccine, have been shown to a panel of child development experts. The experts were able to tell by 6 months old which children were likely to develop autism, even though the signs were so subtle that most parents or regular doctors wouldn’t have noticed.

Should I do the alternate vaccine schedule, spacing out the vaccines?

You can, but be aware that there will be an extra month that the child will be unvaccinated from each disease they delay. Unvaccinated kids are susceptible to bacteria that could cause seizures or even meningitis. An unvaccinated child with a fever would have to endure at least a blood test to show that he hasn’t contracted something serious.

Then why is autism on the rise?

The Drs. believe that it must be multifactorial, some mix of genetic bias (evidenced by the difference in gender rates) and something in the environment. This could include many different environmental factors, possibly including a mix of the plastics, flame retardants, and chemicals with which we come into contact every day. This combination of moving pieces, as well as different levels of exposure at different ages, could explain why there is such a spectrum of intensity to the disease. Though these links are being researched, there is currently no proven link between autism and any particular cause.

Child’s light pediatrics is an innovative house-call based pediatric practice, which provides the best of the art and science of medicine. Serving San Francisco, Marin and parts of the Peninsula, they bring together an integrated approach to care for the whole child in the comfort of your home.

When you become a member of the CLP practice, you receive unprecedented 24/7 access to MD’s by email & mobile phone. You also receive personalized care that fits your family’s needs, schedule, and lifestyle. You get the close relationship with your pediatrician your family deserves. Visit them online at http://childslightpediatrics.com/ or feel free to send questions to Dr. Wanderman at dr_w@childslightpediatrics.com