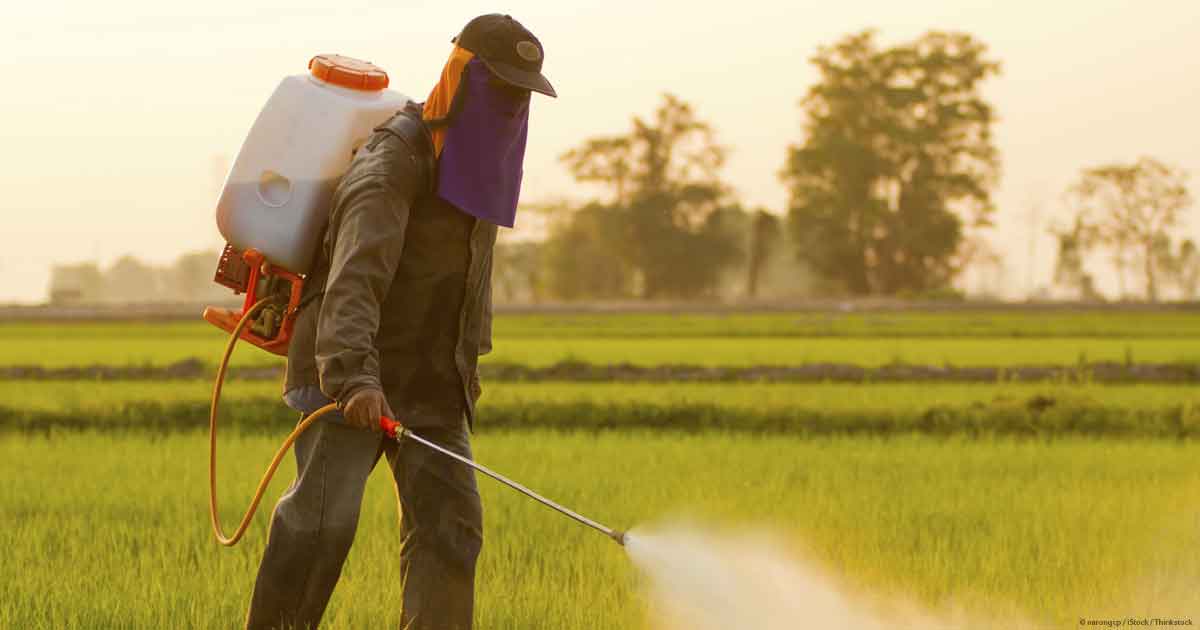 We spoke with Dr. Stephanie Seneff, a Senior Research Scientist at MIT, about her research on the chemical. (Watch clips from our interview on our YouTube channel: Toxicity of Glyphosate & Washing Out Glyphosate.)

What is Glyphosate & Why is it Bad?

Glyphosate is the active ingredient in the herbicide Roundup, produced by Monsanto. In 2015, Glyphosate was listed as a probable carcinogen by the World Health Organization. It is the most used herbicide in the world and is sprayed on a range of crops, including cotton.

Weeds are becoming increasingly resistant to Roundup, and with that, glyphosate usage has increased on soy and corn crops in recent years. Dr. Seneff suspects the same is true for cotton crops. She is especially concerned about the possibility that glyphosate might be present in children’s clothing, baby diapers, and tampons. She believes that both the eczema epidemic in kids and the growing occurrence of diaper rash could be linked to glyphosate in cotton. Even more disturbing is the link Dr. Seneff suspects between tampons and Polycystic Ovary Syndrome (PCOS), which causes infertility. Two proteins associated with PCOS can be thrown off balance by glyphosate’s substitution of glycine in the plants.

Dr. Seneff believes that it is these instances of glyphosate getting incorporated into proteins in the plants (in place of the coding amino acid glycine) that is destroying the protein’s ability to do its work correctly. This could explain the correlation we are seeing between a rise in the use of glyphosate and the corresponding rise in a long list of debilitating diseases and conditions.

Why Monsanto is Wrong about Glyphosate

The maker of Roundup, Monsanto, has long argued that glyphosate is safe for humans because it affects the shikimate pathway in plants, a pathway that doesn’t exist in humans. However, the shikimate pathway does exist in our gut microbes, where it is used to make essential nutrients for us. Gut microbe imbalance has been linked to many diseases that are on the rise, such as autoimmune diseases and autism spectrum disorders.

Glycine is a coding amino acid, a principal building block of the proteins in cotton. Dr. Seneff believes that the cotton plants are grabbing glyphosate instead of glycine and building it into their proteins. If her assumptions are correct, then there is no way that the glyphosate could be removed from the cotton by processing or washing.

This argument appears to be supported by a recent study done on cotton products by the National University La Plata in Argentina. The scientists tested cotton products such as cotton balls, tampons, and sterile gauze. “85 percent of all samples tested positive for glyphosate and 62 percent for AMPA, which is the environmental metabolite, but in the case of cotton and gauze the percentage was 100 percent,” said Dr. Damián Marino, one of the members of the Multidisciplinary Space for Socio-Environmental Interaction (EMISA) of the UNLP that carried out the research. He added, “As for concentrations, what we saw is that AMPA (39 μg / kg and 13 μg / kg glyphosate) dominates in unprocessed cotton, whereas in gauze there is no AMPA, but glyphosate, whose concentration is 17 μg / kg.”

The country of Sri Lanka has banned glyphosate use completely, and many countries in Europe have restricted its use in homes (such as to kill weeds on a lawn). The state of California recently required that Roundup sold in stores must have a label listing it as a probable carcinogen, yet it is still allowed to be sold there and everywhere in the US for personal use. There is no restriction on American farmers continuing to use glyphosate on their crops.

At Sprout, we only sell cotton that is 100% organic. Check out our adorable collection of Clothing, Bedding, Plush Toys, & Bath Towels!
Get more informative articles like this sent to your inbox – Sign Up for Our Newsletter!